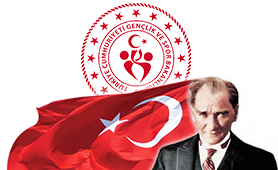 No Result
View All Result

IMPORTANT INFORMATION FOR TURKEY U 17 OPEN

Please be informed that following the re-start of U17 Circuit tournaments in Europe, the BEC European U17 ranking will be updated as below:
Players will receive points for their participation in U17 Circuit tournaments but the ranking will be rolled onwards without dropping off past weeks/tournaments at this time so that players who were unable to travel and compete will not be unduly penalized, so effectively becoming a ranking of more than 52 weeks. This way of updating the ranking was decided in order to follow the method used by the BWF to update the BWF Junior Rankings (announced on 06/08/2020). The ranking will be updated as described above until it can be unfrozen.

BEC European U17 ranking as soon as possible to all participating associations and add this to your tournament’s website latest this Sunday, together with the date of the BEC European U17 Ranking used.
All the withdrawal requests ll get before the withdrawal deadline , ALL  associations HAVE TO withdraw their players using the online entry system !!!!!!  The entry lists will then be updated online accordingly.
Önceki Haber

No Result
View All Result